Jenny’s new collection, Taking Mesopotamia, will be launched at the Oxford Literary Festival on Tuesday 25 March at 6.00pm. Originally inspired by Jenny;’s search for her lost father – the young South Wales Borderer who fought in the ill-fated Mesopotamian campaign of World War 1. Through reconstructed diary extracts, witness statements, formal poems and free verse, the book extends to a wider exploration of the recent Iraq wars. It also includes a number of Arabic translations of the poems and photographs taken by Jenny’s father on campaign in 1916. You will all be very welcome to come and help Jenny celebrate this event.
http://www.oxfordtimes.co.uk/leisure/books/10993412.Collection_inspired_by_poet_s_father/ 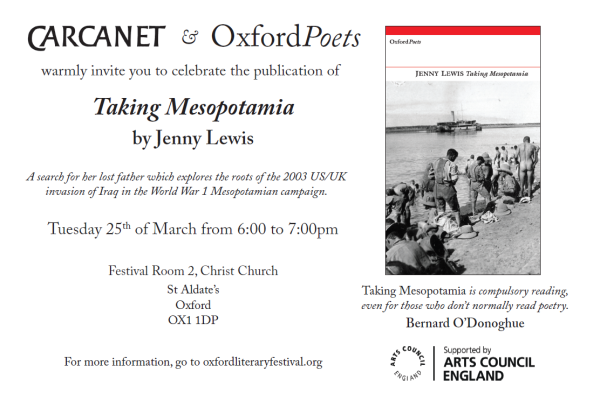