…there were violent storms, the mules bolted and men and mules fell into deep ditches and drowned. Blankets and greatcoats had been abandoned so men had to sleep six hours crouching or standing in trenches while the ground dried off. No firewood for cooking, drinking water could only be drawn at one point on which Turkish guns were trained.

Assault on Falahiya a strong N.W. wind drove the cholera-ridden waters of the Suwaikiya Marsh into the trenches of the Meerut Division…

…assault on Sannaiyat – It was bitterly cold. The men were wearing only khaki-drill, no greatcoats. They were wet-through and frozen. They woke numb and stiff with cold. They were also grievously hungry as the meat ration had not been issued as rations had been held up. Because of losses at Falahiya there was a severe lack of officers and NCOs. The new drafts had little experience. It was night. Dark. The only light was from flares and rifle fire. The attack started. The second line faltered and got mixed up with third and fourth waves which were pressing on. Many troops lost any sense of direction, they couldn’t hear commands. The attack broke down. As dawn broke, the Turkish fire became more accurate and deadly. The British and Indian forces recoiled 400 yards back from front line. The FAILURE was due to cold, hunger and confusion. 50% of the SWB battalion had been killed or wounded including (killed) Captain Austin, Captain Coulson, Captain Farrow and wounded, Lt. Morgan-Owen, Lt. Macaulay, Lt. Caldwell, 2nd Lt. Usher, 2nd Lt. Jones, T.L.R.

They could have been made from stone, the same
stone of country houses with walled gardens spurting

valerian: they were freezing, coatless, cold as slate
when marsh water flowed into the trenches carrying

cholera and they went over the top in darkness to meet
darkness lit by enemy flares, stumbling and drowning

with the bolting mules, too numb to know what they
were doing or which way they were supposed to go:

back home the font was wreathed with laurel: it stood
sunlit, under an angel leading a child away from harm 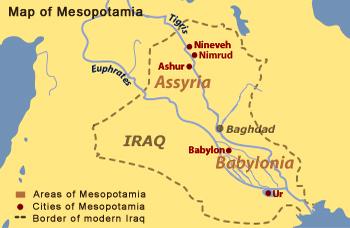 Jenny Lewis’s quietly angry book is an account of the Iraq wars – mostly imposed from outside – of the past hundred years. It is a handbook for fighting wars which demonstrates why wars must not be fought, extending from homesick Welsh soldiers in 1916 to the 2003 invasion and its horrifying aftermath, framed by the most ageless document of world literature, The Epic of Gilgamesh. Taking Mesopotamia – a brilliantly ironic title for our times – controls its anger through an accomplished and flexible technique in verse and prose. It is compulsory reading, even for those who don’t normally read poetry: an eloquent rejoinder to those who say poetry can’t, or shouldn’t, concern itself with public matters.

Bernard O’Donoghue  – (winner of the Whitbread Prize for Poetry)

Taking Mesopotamia is a truly memorable piece of work – a sustained, song-like montage of diary entries, testimony and ancient narrative from the landscapes of Iraq-Mesopotamia, illuminated through startlingly vivid new lyric poetry.  Lewis is an acutely attentive observer, but this is more than a poetic documentary – it lives as much in the ear as in the imagination, so well acoustically arranged so that we cannot forget any of the voices in it.

Jane Draycott – (shortlisted for the T.S.Eliot Prize and winner of the Forward Prize for Poetry)

The themes of Jenny Lewis’s poems evolve around the civilization of my country as well as the cultures of the rest of the world. She is deeply concerned with humankind and the love of humankind at large. Like Gilgamesh in his quest for the plant of eternity, Jenny looks in the labyrinth of the human spirit – in cities, friends and books – to find the spark of poetry… While bringing back to life this immense cultural heritage, Jenny also shares with us the tribulations of wars and exile …proving to us that poetry, in this day and age is, as it always has been, capable of creating change.

There is both richness in the language and restraint. The syntax is wonderfully supple and allows the train of thought and association to bend every which way.  Best of all, the poem transcends its own conceit and seems to rise on a vertical axis towards that transcendence. This is a poem that shows an intense and informed love of language and its own diction is both scintillating and plain – an original and achieved conception.